I’m not talking about age, although I’ve  officially started to panic about F. turning 2 in less than a month! I’m talking about the number of children.

I am an only child and a happy one too. Growing up I don’t remember ever feeling that I was missing out by not having siblings as I had lots of friends, who coincidentally were only children too, and plenty of play dates. I’m sure that at some point I would have turned to my mum and asked for a little brother or sister but that never affected me much.

My husband has one brother and one sister. They are not close at all and have never been so he’s not grown up with the big family dream. It’s always been a ‘we’ll see’ scenario for us and he has always said that he was happy to take my lead on that as I’d be the one putting my body through pregnancy etc

Fast forward 2 or 3 decades and here I am, mum to a nearly 2 years old strong willed toddler, having to justify myself for not wanting any more children.

I loved being pregnant and I had an easy one too. But it wasn’t easy to get to that point. In the grand scheme of things, mine wasn’t the worst struggle to get pregnant ever but I did have a miscarriage before Frances  and I still bear that horrible feeling with me. I’m all for ‘onwards and upwards’ but some things stick with you forever.
I’m not getting any younger either and am already in the ‘senior’ group for mummy age so that scares me too from a health point of view.

Whilst my pregnancy was uneventful, labour and birth was a rather traumatising experience. Not going into detail just in case those horrible images come back to me! I also suffered from quite an ugly bout of depression and anxiety for the first few months. Not. to. be. repeated. 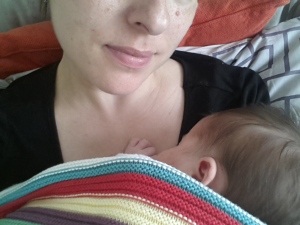 I’m yet to have a whole night of uninterrupted sleep after 2 years. This alone should make up the argument! Jokes aside, we’ve had a very rough ride with sleep so far and that doesn’t fill me with one tiny bit of confidence about what we’d have to go through if we decided to have another baby.

There are times when I seriously think about having a second child, maybe not now, but when Frances is a bit older and hopefully calmer and can communicate properly.

Then I think about all those fine balances we try to keep all the time. Two full time working parents with no support network around us, apart from one lovely babysitter who’s moving to India for a year in September.

People always say ‘if you really want it, then you’ll find a way to make it happen’. Then it probably means I don’t want it enough as just thinking about that one makes my nose bleed. 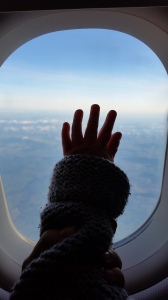 I’m not going to deny that money plays a part in our decision. My husband and I both have good jobs and we have a comfortable lifestyle. I want my daughter to see the world,  and us with her, and I’d like to be able to make decisions about our future as a family without worrying that we are not going to get to the end of the month.

When I first had Frances, people kept repeating to me to ‘only do what works for you and your family’ and this is exactly it. I think we work very well as a team of 3 so whilst I have the out most respect and admiration for those people who decide to have more than one child and face all of the other above [and much much more], I think I’ll pass!

One thought on “One vs Two”